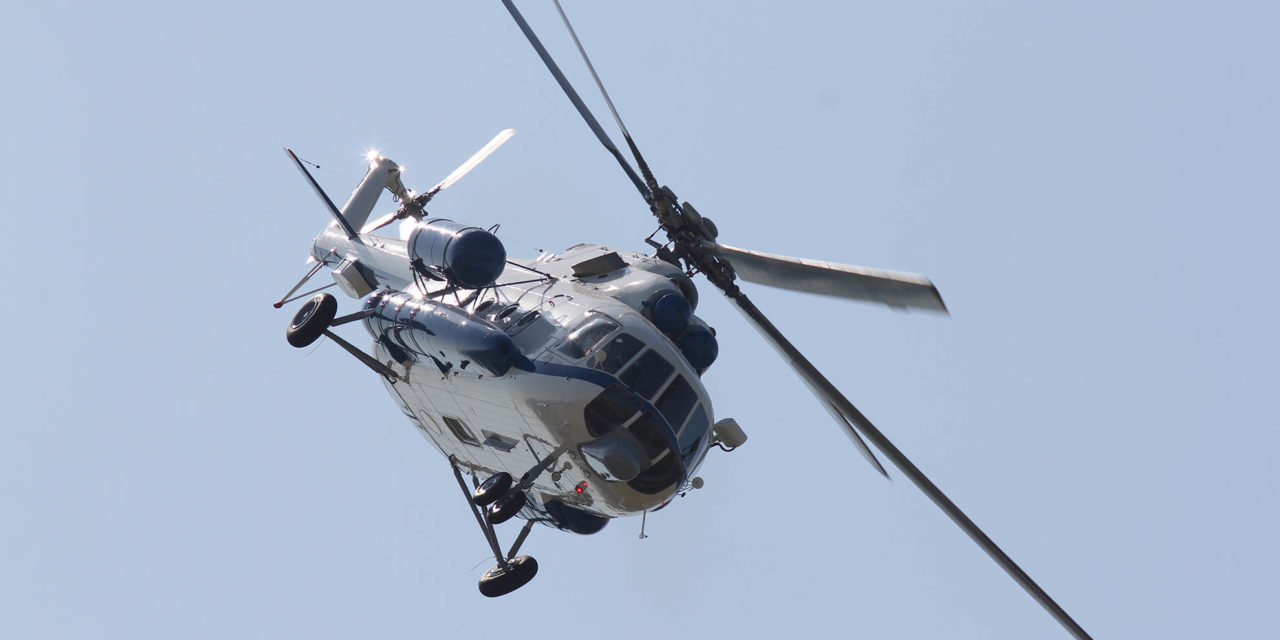 For more than half a century, the Ulan Ude Siberian factory has been manufacturing the Mi8 and all the helicopters that are derived from it. Here is an exceptional visit which results from an opportunity offered by Russian Helicopters to Helicopter Industry readers.

It takes five flight hours to go from Moscow to Ulan Ude. And yet, the city, located not far from Lake Baikal, is only halfway between the western border of Russia and Vladivostok. This is to say the gigantic size of this country-continent, turned to both Europe and the Far East.

The Ulan Ude factory, created shortly before the Second World War under the name of “Repair Factory No. 99” was first specialized in the maintenance of military aircraft.

The first flight of the Mi8 in 1961 resulted in a huge evolution of the site, still today closely linked to the production of this helicopter.

The Mi8, continuously modernized over the decades, has given birth to a complete family of helicopters. Still in production, the Mi8 was joined by the Mi17 and its export version, the Mi 171. Russian Helicopters explains that if the Mi8 is similar to a utility vehicle, a kind of pickup truck, the Mi171 is rather a sedan or even, depending on the version, a luxury limousine. The price between the first and second varies from single to double and sales are evenly distributed between the two aircraft.

A visit to the Ulan Ude factory reveals a world that has undergone a deep revolution twenty years ago and is gradually adapting to global competition. The sickle and hammer, the former Soviet Union sign,  are still visible on the pediment of a few executive buildings, but they are now side by side with slogans in English.

In the factory, old workbenches for drilling and riveting, still remain alongside digital machine tools made in Germany.

The huge halls, sometimes very noisy, are the witnesses of earlier famous products that belong to the past. Today, around 6500 people, including a thousand subcontractors, work on the Ulan Ude site. Nearly 80 helicopters were produced there in 2018. A peak of 200 units per year had been achieved during the Soviet era, when the factory had nearly 13,000 people! “The helicopters are manufactured here from A to Z, with the exception of avionics and dynamic parts which come from St. Petersburg and Perm. Russia is totally autonomous in the production of these helicopters and our customers have nothing to fear from Western sanctions … ” have we been told on the site.

Between the order and the delivery, it takes only nine months to produce a helicopter. A VIP version requires four more months. “The integration of new equipments usually does not last much more than three months. This is the hallmark of Ulan Ude: we are fast and we respect deadlines! “.

In the assembly halls there are few management panels as we can see everywhere in equivalent Western establishments. Personal safety equipment is little used and some attitudes on the workstations would probably make the eyebrows of many labor inspectors on this side of the Urals. But it is undeniable that significant efforts are being made to modernize facilities and processes. In the training center opened in 2007 to cope with the increasing of helicopter operators, there is also a mix of old and new world. No e-learning in classrooms, but a fixed Mi8 simulator located under a projection dome that provides excellent image quality. A modern paint shed and a galvanizing workshop have just been commissioned. A logistics center, intended for the supply of the chains, is being built. For each of these achievements, investments reach about 1 billion rubles (14 million Euros). Ulan Ude’s management says 5 billion rubles (about 70 million euros) have been invested over the past five years, and estimates that this amount will be exceeded for the next five years.

The plant believes in its future and announces an increase in production in 2020. This will be dominated 80% by civil aircraft against only 20% of military aircraft.

The technological evolutions will give better performances to the helicopters. Using new composite blades, the Mi171 payload will gain 500 kg, the maximum takeoff weight increasing from 13 to 13.5 tons. Already certified on the Mi171, these blades should be soon available on the Mi8.

The Ka226T is Ulan Ude’s other adventure. In a corner of the factory, some fuchsia-colored racks, about 50 meters high, carry the first subassemblies of the aircraft destined for India. Powered by two Safran Helicopter Engines Arrius 2G1 turbines, the Ka226T was the subject of a framework agreement between Moscow and New Delhi. But Russia is still waiting for the signing of the production contract. “Indians believe in reincarnation and eternal life, they have all their time,” a program official says with irony. “All negotiations are over and we are now waiting for the final green light from the Indian Ministry of Defense.” According to actual plans, the first 60 helicopters will be manufactured in Russia and the next 140 will be manufactured in India. So, we have to wait a few more months to see some Ka226T ready for delivery outside the factory.

Meanwhile, the Mi8 and 171 occupy the tarmac. During our visit, about twenty ready aircraft were waiting for their owners.

The plant has a 3200m long runway that can be used by large cargo aircraft, including the huge Antonov An225. Thanks to them, Ulan Ude delivers all over the world!

Our warmest thanks go to Anastasia Shevchenko and Valeriy Shabashov from the Russian Helicopters Media Department. Without their effective help, this visit could not have taken place.

The Ulan Ude site was established in 1939 for the maintenance of I-16 fighters and SB bombers. During the Second World War, the factory produced Lavochkin La-5 and La-7 hunters. In 1949, it turned consumer goods manufacturing, as have many Western weapons factories. But when the Cold War intensifies Ulan Ude returns to its original vocation, the aircraft manufacturing. In the early 1950s, it assembled MiG 15 and Kamov Ka15.

Later, the site that manufactures both Sukhoi 25 ground attack aircraft and Mi8 / Mi17, is one of the few (if not the only) in the world to simultaneously produce helicopters and fighter jets.

The production of Sukhoi 25 being completed, the assembly today concerns only helicopters. But that could well change in 2020 with the production start of the first parts of the TVS-2-DTS “Baikal”, an Antonov 2 with a turbine.