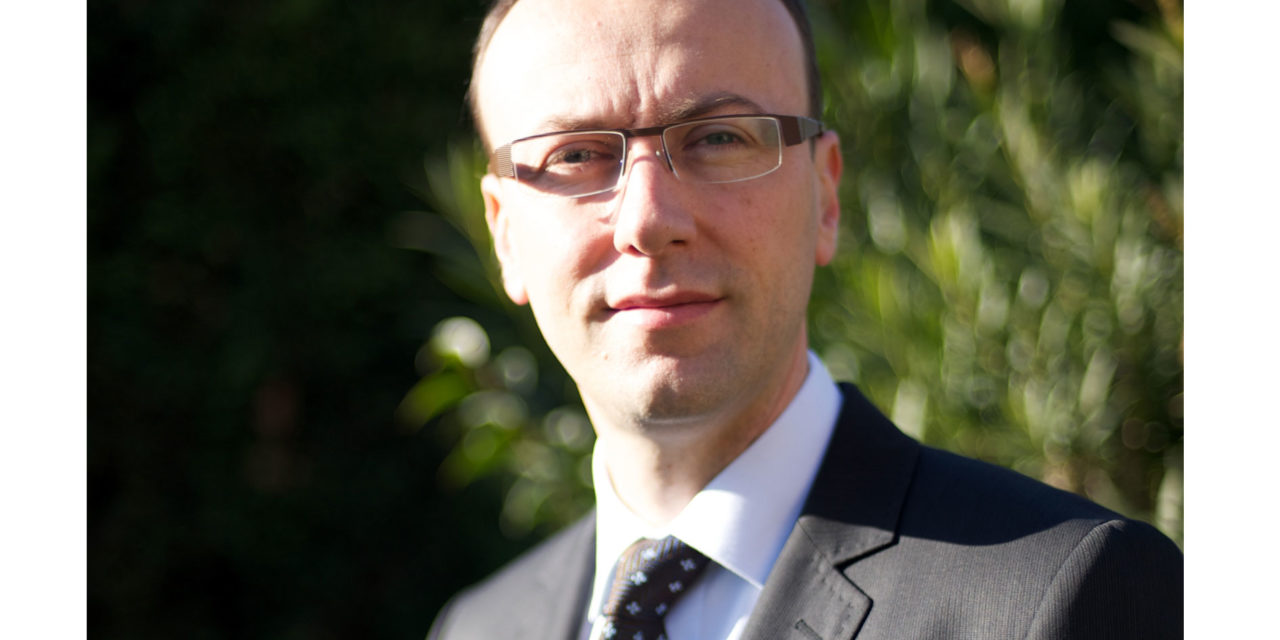 Since early October 2017, a video documentary by Airbus Helicopters has been viewed more than 13,000 times online. In nine and a half minutes, the video reveals, details and explains the reasons behind the crash of an H225 helicopter in the North Sea on April 29, 2016, which resulted in the death of the crew and all passengers on board. It clearly describes the technological and logistical modifications that have since been put in place.

Is this video an Airbus Helicopters initiative?
Yes, it is. We wanted to use the video to communicate with our customers in the largest possible sense of the word—with the industry, but also with the general public. We have customers all over the world, so the video is available with subtitles in several different languages. The goal was to make sure our message was out there. It took quite a while to put it together because we had work alongside the Aviation Investigation Board of Norway (AIBN), the European Aviation Safety Organization (EASA), and other groups involved in the investigation, to make sure each of them approved the content and the way it was conveyed, in terms of both images and comments.

Your customers are the primary audience, then?
Yes, insofar as they are most affected by the situation. To be clear, the term “customers” includes operators, but also indirect customers. In this case, that means all players in the gas & oil industry, who are sometimes also experts in the aviation sector. They needed an explanation. Our message is also intended for other audiences, like our military customers and their administrations. We have recorded a clear drop in confidence in our products in and around the North Sea, due to this accident and a few past events—we have admitted as much on several occasions, particularly since completing a survey in the region last summer. It’s an issue we’ve begun to confront. Videos, like this one, are an excellent means of conveying messages, preventing facts from becoming distorted, and stopping rumors among players in the area. We are directly addressing the people affected by the accident, to provide them with clear information and explanations on the measures taken to improve safety. Pilots and mechanics—so, thousands of people—are also part of our primary audience. Today’s communications technologies make reaching all these people much easier than it was 20 or 30 years ago.

What technical results is the video based on?
It’s based on the results of the AIBN investigation. The French aviation safety authority (BEA) was also part of the official investigation run by the AIBN. Airbus Helicopters played a role as a technical advisor to the BEA. CHC, which operated the helicopter that crashed, was also included in the group. We sent the first version of the video to the AIBN, which sent it on to the other stakeholders. From there, suggestions for minor changes led us to rework certain elements (the order in which information was delivered). All parties shared their opinions, and the debate led to the video now online—but it took time. Because each word used is important, and all of the players felt responsible for the final result. For example, the AIBN ensured each image and sequence was easy to understand. The EASA was responsible for putting in place measures in place on the fleet of H225s in service, which is a very different job.

What concrete modifications have been made to the H225’s main gearbox (MGB)?
The most important thing is that the parts responsible for the accident are no longer used. The part that caused the accident in Norway is now banned from use on EC332 Mk IIs and H225s. The decision is the result of an enquiry into their airworthiness. Today there are 150 H225s in service, and 90 that are grounded, waiting for their technical update. All of the aircraft currently in use have been fitted with the new, authorized part.

Do these modifications concern the manufacturer alone, or do they also implicate one or more production partners?
In fact, for the original design, there were several manufacturers for a single family of parts.  During the investigation, we realized that the factors that resulted in this kind of damage were linked to a particular kind of effort, the characteristics of which change depending on the different designs, and thus different suppliers. That led us to think about the design differences on the one hand, and on the other to study the different experiences shared by operators during the investigation. We went to great lengths to make see if there had been any warning signs—not accidents, of course, but damage noticed on parts that were then replaced sooner than planned in the maintenance schedule. This record was incredibly instructive, as were the different types of calculations: we needed to keep one kind of part, and stop using another. These aren’t just any suppliers we’re talking about—they’re suppliers who manufacture parts to our specifications.  Within the scope of a single specification, suppliers can nevertheless each have their own design and manufacturing techniques. The best example for explaining this situation is the H135 engine. We have to possible engine solutions: one by Safran Helicopter Engines and another by Pratt & Whitney. We give them mechanical and electrical interfaces, and each company designs their own engine. The two engines feature different designs, but comply with the same specifications. It’s the same thing for the rollers implicated in the April 2016 accident. Let me be clear: these findings, discovered during data collection out in the field, concern only a very small number of incidents, because they are incredibly rare. That’s why the problem wasn’t immediately obvious. However, a 2009 accident had cited the same part implicated in 2016—that really jumped out at us. We worked from there to correlate calculations and maintenance logs. This realization also led us to examine the way we work on our entire range of helicopters. We have looked into the issue on all of our aircraft, and have decided to roll out a technical update of the planet gears featured in the video for the Dauphin family.
In addition to these priority modifications, we launched another campaign to detect metallic particles in the MGB. We have since rolled out a new system, called Full Flow Magnetic Plug. It is a piece of equipment already in use on some plane engines, which we adapted to suit helicopter regulations, in terms of vibrations and how we affix the system. It guides oil from the MGB to a magnetic sensor, significantly improving detection rates of any metallic particles present.

When were these changes rolled out?
The first changes—to the planet gears—were made in October 2016. The Full Flow Magnetic Plug began being fitted to aircraft in June 2017. In the meantime, to ensure maximum safety, maintenance verifications were much stricter: the particle sensor had to be inspected nightly after removing a filter and a radiator, all of which took quite a bit of time. Since the new system that directs oil to the sensor has been installed, the inspection requires less time.

Earlier you said that 90 helicopters of the implicated models are grounded because they have not had their technical updates. Is this the only reason they are on the ground?
Part of the Super Puma fleet is used for offshore operations. For almost three years now, the cost of oil has decreased, and with it, the number of flight hours recorded over long distances by oil & gas operators using helicopters at sea. As a result, there is a surplus of aircraft in this market (too many helicopters available). Given the context, it’s important to understand that a year before the Norwegian accident, 50 Super Pumas were on the ground, as well as a number of Sikorsky S-92s, because there just wasn’t enough work. And the situation has not improved (though it has worsened over short periods) over the past 18 months. It’s easy to understand, then, why our customers aren’t all in a rush to have the updates installed—many of them are waiting for work. So, in short, we have two types of helicopters waiting on the updates: those that have scheduled them for a future date, and those who are waiting on work to have them installed.

Earlier you mentioned that there was a lack of confidence in the Super Puma family in the North Sea region.  How do you plan to reverse this trend?
Our aircraft enjoy an excellent reputation worldwide. But it’s true that, in the North Sea region, things are less certain. Something is happening in the area. It’s not illogical, particularly since our helicopters have a majority hold on the market (70 to 80% market share). The incidents and accidents recorded over the past several years thus had a major impact. But before that our customers were operating our helicopters in the region without a single notable incident. Over less than a decade, a concentration of incidents—whether technical in nature or not—have undermined our reputation. It’s a situation we need to address. We had to wait for all of the world’s civil aviation authorities to agree, and for the British and Norwegian authorities to lift their bans (last July) before we could begin communicating on the topic, whether through videos or in person, by meeting with market players. It would not have been relevant before all of the authorities were on board with the preventive measures taken.

What role did the EASA played in the aftermath of the incident?
When an event like this takes place, two separate investigations take place in parallel, and it’s not always easy to bring them together. On one side, there’s the official technical investigation, in line with the provisions of Annex 13 of the International Civil Aviation Organization (ICAO). The investigators must comply with strict confidentiality regulations—a bit like a diver who goes down into the depths of the ocean and can only share her conclusions later, once she’s come back up to the service. At the same time, on the other side, there’s the manufacturer (and its research unit), which is responsible for its concept, and must issue guidelines for the rest of the fleet within 72 hours after a serious incident—this is one of the duties of a research unit. The situation is somewhat paradoxical: on the one hand, there is a long-term investigation that will only publish its conclusions when they have been proven beyond the shadow of a doubt, with a host of documents to back it up. And on the other hand, an urgent need to answer a burning question: what do we do with the other aircraft still in service? With the Norwegian accident, the investigation was overseen by the AIBN, and we partnered with the EASA to answer the question. As such, our decisions and the subsequent initiatives rolled out could not always be backed up by references and explanations, because only the official investigation is authorized to publish conclusions, schemas, and photos of the accident. The manufacturer has to take short-term measures, founded on what it deems to be sound, fair logic, given what its teams understand about the accident. Manufacturers find themselves torn between two different approaches and needs. In the interim, the EASA and Airbus Helicopters worked on all solutions that could guarantee safety in line with regulations.

Have military aircraft benefitted from the same treatment as the civil fleet?
Yes, exactly the same. In the military sector, our certification authority is the DGA (Direction Générale de l’armement) in France, which “qualifies” our aircraft. We had several discussions with the DGA, during which we explained our intentions and decisions as we learned more about the problem. We also held discussions with all the civil and military authorities from all of the countries that use our aircraft worldwide.

By François Blanc
@photos by 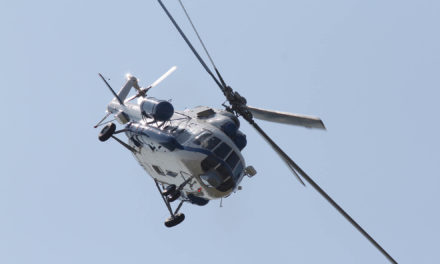