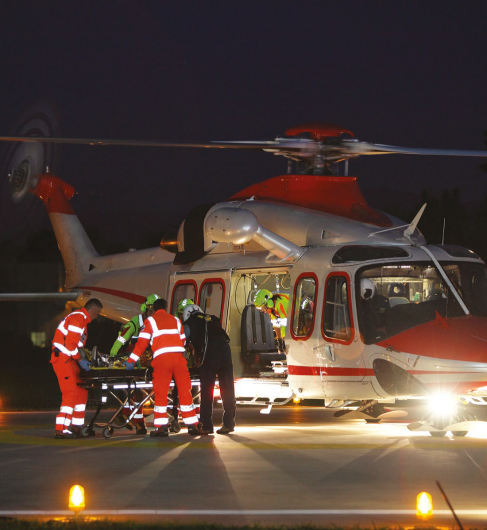 By Fred Vergneres and Leonardo

Faced with the pandemic, manufacturers are adapting and striving to find new solutions to effectively support the work of caregivers, particularly during the transfer of patients from one hospital to another by helicopter.

Italy, which has been particularly affected by Covid-19 in Europe, has been able to benefit from the technologies introduced by Leonardo in this field. In order to limit the risk of contagion for the crew and medical personnel, biological containment solutions specifically developed by the manufacturer were used for patient transfers. These bio-containment “cells” have been developed in collaboration with the aeronautical authorities (ENAC – Italian Civil Aviation Authority and EASA – European Aviation Safety Agency) and comply with European standards for air ambulance services. In addition to its equipment, Leonardo provides in parallel real-time technical assistance and sanitation procedures before and after patient transport and specific measures to be followed when loading patients in order to limit the risk of Covid-19 contagion.

Adaptation according to the cabin

The installation of the biological containment solution developed by Leonardo not only optimises the space on board the helicopters but also completely isolates the pilots and passengers, while ensuring functionality and airworthiness. To integrate this solution, Leonardo had to adapt its systems to the constraints on board the helicopters, such as power supply and ventilation systems, to make them as efficient as those used in hospital intensive care units. If the integration of such a system seems at first sight easy for a heavy military aircraft with a large cabin, type HH-101 “Caesar”, the same cannot be said for private operators. In fact, the manufacturer has proposed specific solutions developed especially for civil air ambulances, with smaller cabins and short distance flights of 20 to 30 minutes.

The helicopter: a precious asset for the Covid-19 emergency

According to Leonardo, the devices have thus been integrated in Italy, on the AW139 and AW169 models – used for medical aid by several regions – as well as on the HH-101A “Caesar” helicopters of the 15th Cervia Wing of the Italian Air Force patient transport, since the beginning of the epidemic. For its part, Babcock Aviation has obtained approval from the Italian civil authorities and the British National Health Service to use specific stretchers with the biological containment system. Their deployment was also possible on the AW139 and AW169 helicopters in order to guarantee maximum protection for the medical staff and crew. In the face of the crisis, Leonardo recalled that helicopters are proving to be an indispensable asset. More versatile than other types of transport, the rotary wing remains to this day the safest and fastest means of transferring patients with Covid-19. The manufacturer pointed out that its range of aircraft had carried out numerous missions of this type throughout the world: from the United Kingdom with the AW159 Wildcat and AW101 Merlin of the armed forces to the United States with the operator Bristow Group, via Brazil and the company Omni Táxi Aéreo, which both operated their AW139s to evacuate patients potentially affected by the Covid-19.
Activity was also sustained in many other countries, including Chile, Canada, Malaysia, Australia and Spain. 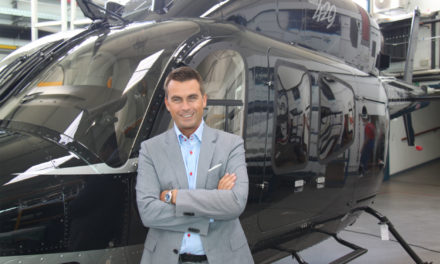 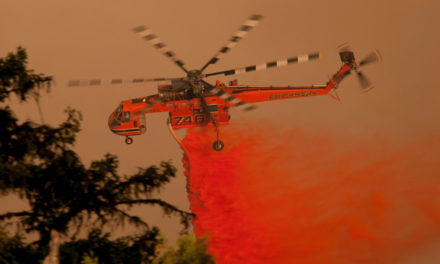