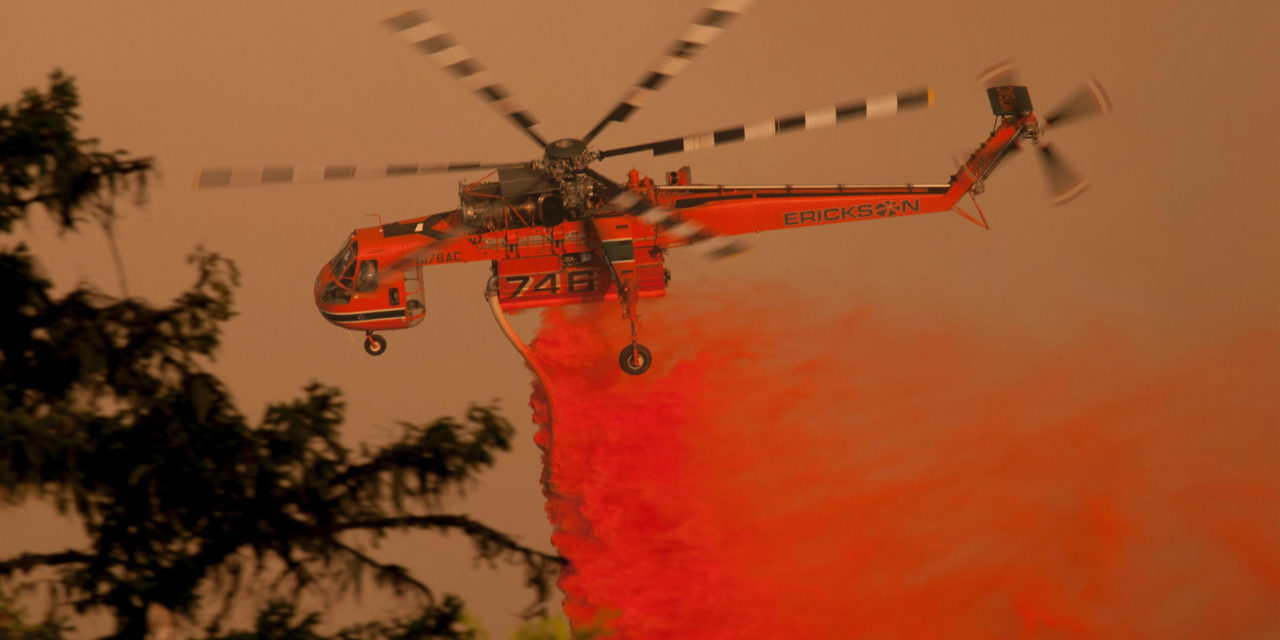 The West coast of America was once again hit by fires this year, the intensity and devastation of which have rarely been seen so far, even though the 2017 season had already been long and dramatic. As for air assets, Tankers dominate the sky. Farm planes that can carry a ton of retardant to the Boeing 747 Supertanker and 75 tons of load, anything that can drop on a fire was mobilized to fight monsters like the fire of the Mendocino Complex that devoured more than 150 000 ha in a month and a half. Rotating blades are also present and again play a discrete but essential role where their natural qualities are exploited at best.

Apart from a few military helicopters mobilized occasionally and only as reinforcement, most of the air assets used to fight fires in the US are the work of countless more or less specialized aerial work companies, who each have very varied means. Organizations needing assistance are numerous. These may be local governments seeking to preserve a territory, but also counties or even states. They may also be federal agencies such as Indian Affairs or the Bureau of Land Management, who are responsible for natural areas that must be fought against forest fires. None of these administrations have their own resources and they must therefore go through contracts, often seasonal, to have means of intervention.

For operators, the Grail is a contract with the US Forest Service. The USFS, forestry branch of the Ministry of Agriculture, is in charge of the protection of the largest natural areas, it is also the body that is officially in charge of this function at the national level. Its contracts are often the most profitable, and also have the advantage of being valid for 5 seasons, which gives economic visibility to companies that manage to win this sesame. Nevertheless, the aviation branch of the US Forest Service is often seen as a versatile administration, without any long-term vision, with abrupt and sometimes difficult to understand decisions and against which innumerable legal proceedings and even lawsuits are brought by its subcontractors and those who are in line to become one.

The means of the US Forest Service

There are two kinds of USFS contracts. The so-called exclusive contracts make it possible to reserve the contracted aircraft for the USFS missions for the duration of the fire seasons. They are usually contracted for 5 years. The Call When Needed contracts, which are also valid for 5 years, are intended to provide additional equipment when the situation requires it. To compensate for the precarious nature of these contracts, which do not presume any activation during the season, the rates are higher than for exclusive contracts. Nevertheless, in recent years, with the current situation, CWN aircraft have often been used.

For the 2018 season, the UFS had at its disposal, in addition to its planes, 105 helicopters under exclusive contracts and about 200 others under CWN agreements. These aircraft are classified in three categories, depending on their capabilities, categories that also determine the value of the contracts. Category 3 includes the lightest helicopters with the lowest payload. We speak of aircraft with a maximum mass of 3000 kg, and a payload of 1200 kg. A minimum of 100 gallons of extinguishing products, water or retardant, must be able to be conveyed by these machines. 43 aircraft are under exclusive contract with the USFS in 2018. Category 2 is that of aircraft with 6,000 to 12,500 pounds at take-off and having a water carrying capacity of more than 300 gallons. 34 aircraft in this category operate in the US, mainly Bell 205 and 212. Category 3 includes helicopters capable of lifting more than 700 gallons of water or retardant. Under contract this season there are 28 heavyweights, including Kaman KMax, CH-46, CH-47, S-70, CH-54 and S-61 from a dozen companies.

For aircraft in the first two categories, fire-fighting equipment consists of efficient and versatile ventral kits or a Bambi Bucket. For heavyweights, we know that the KMax may have ventral kits but the general opinion is that the aircraft is much more stable and secure with a Bambi Bucket under a long-line and it is in this configuration that it is mainly used against fires. Other aircraft can be rigged with a Bambi Bucket but several operators have made the choice to heavily modify their helicopters with internal bunkers and complex release systems.

The most spectacular heavy-duty helicopters have long been the Erickson AirCrane, the CH-54 refurbished by the Oregon-based company that has developed for them a constant-rate and controlled-release airdrop that is considered one of the most efficient and reliable. These are also similar systems found in the lower section of the DC-10 Tanker 10, and there are also constant flow bunkers found on board many tankers such as the C-130, P -3 Orion and other RJ-85AT.

For several years now, the AirCrane are clearly competing with the massive arrival of CH-47D obtained by some companies on top of the US forces. Note, however, that the civil versions of the bi-rotor, Boeing Vertol 234, have been flying against fire, sometimes within the same companies, for many years, with close performances and operational costs equivalent to the AirCrane, ($ 24,000 / day + $ 7394 per flight hour for a CH-47D, $ 22,150 / day + $ 7,776 / per flight hour for a CH-54B, 2016 rate). The Chinooks were mainly operated with a Bambi Bucket but three companies, Helimax, Columbia Helicopters and Billings, now use internal bunkers developed by subcontractors, including Simplex, a well-known manufacturer of HBE kits, which allows these aircraft to have a higher intervention speed while taking up to 12,000 liters of water internally.

A special place in the system

Rotating wing aircraft have a special place in the fire-fighting system. They ensure the impressive attack on flames with water. To put things in perspective, these aircraft perform interventions against US fires which CL-415 water bombers perform at home. Being able to pump water from bodies of water inaccessible to fixed wings, they operate with fast rotations and can also be loaded to delay if necessary, thanks to mobile cages that firefighters can position close to the area of ​​operations. It is known that the retardant is a product much more effective than water which reinforces the tactical importance of rotating wings.

Of course, the US Forest Service is not the only organization to have helicopter water bombers. The Cal Fire owns a fleet of UH-1 Huey, rigged with Bambis or HBE Simplex Kits, depending on the geographic areas they must cover. The Huey will soon give way to the S-70 FireHawk, a model close to the aircraft operated in the Los Angeles County Fire Department, which will be a clear progression of air assets for the state of California. Some of these aircraft are even qualified for night dropping, a capacity which is now rare but which could revolutionize the art of fighting fires.

Less publicized than the “Tanker”, US Forest Service helicopters are front-line aircraft with an essential and fundamental mission. Forest fire contracts are also an economic windfall for operators and manufacturers, yet they are a tiny portion of the $ 3 billion that the fight against forest fires cost in 2017!

If helicopters are widely used in the USA to fight forest fires, they can also be used to burn them. Helicopters have a tank of flammable product and a flare and are used to burn down wooded areas in prescribed burning and fire areas. Fires are taking place in sometimes isolated areas, and this ancestral technique is very widely used, allowing firefighters to block the fire thus depriving it of fuel. As such, it is necessary for forest teams to rely on natural protection or retarding barriers to avoid losing control of the fire, which is potentially a huge risk. 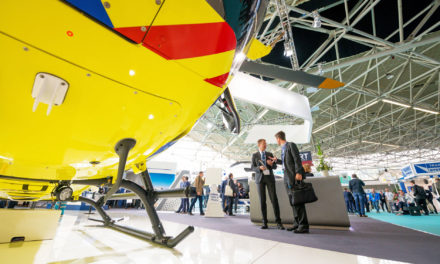 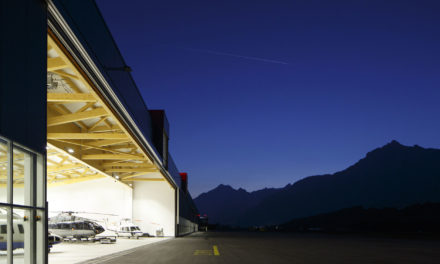 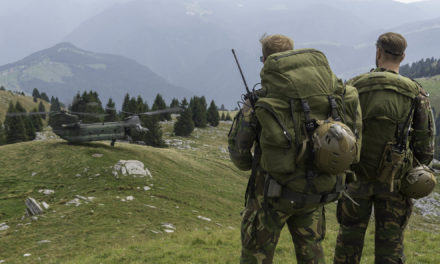