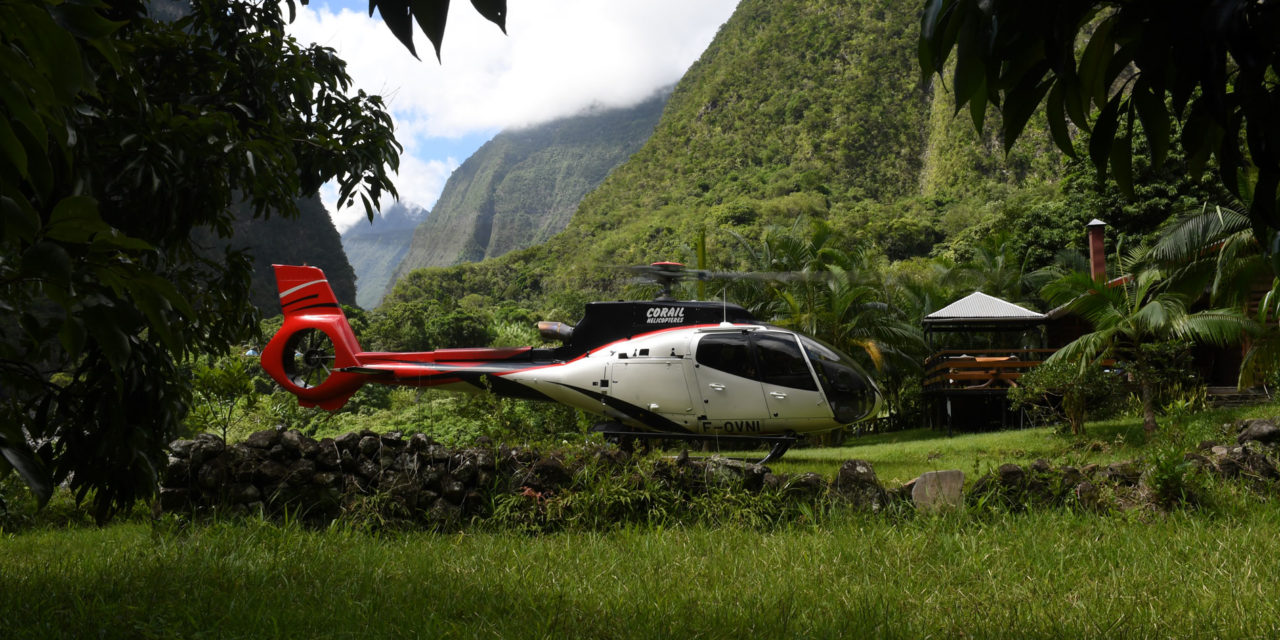 Founded by Fabrice Lourme, Corail Hélicoptères operates from Pierrefonds airport, in the South of the island, but the increasing demand from tourists has prompted the opening of a new helistation, opened at Saint-Gilles-Les-Bains in 2010, in the North-West along the Tamarins motorway. Business increase and fleet modernization did not necessitate major reworks of the infrastructures since the newcomers belong to the same Ecureuil family. Nevertheless, works are in progress with a new Part-145-certified maintenance hangar to be commissioned at Pierrefonds, tripling the current workshop size. A larger hangar is also due in 2018 at Saint-Gilles to optimize the integration of the latest rotorcrafts.

Corail Hélicoptères also operates from two overseas bases. The first one is set in Mauritius, 226km away (122 nm) where a new station will soon be opened at Triolet, with brand new premises to welcome customers, a FATO (Final Approach and Take Off  zone) and a new hangar large enough to accommodate up to three helicopters. The second base is in the Caribbean, at Grand-Case airport on the island of Saint-Martin. Commissioned in 2015, this station now flies a single H120 and has a large hangar that can be leased to local or visiting customers.

Flying for tourists is Corail Hélicoptères’ main activity but the company can satisfy many more of its customers’ requirements as well. Pilot with CH since 2013, Sébastien Diernaz describes his business: “Tourist flights total about 75% of our activity at La Réunion. But we also perform aerial works ranging from sling loads to forest fire suppression, photo flights, power lines surveillance or any charter flight our customers need us to do. We do not perform EMS or Medevac however, because this takes specific certifications, and an EMS chopper is set to arrive here soon anyway. At Saint-Martin, we focus on on-demand inter-island passenger shuttle flights, completed by some touristic scenic flights. At Mauritius, even though we are only really starting business there, we’ll also focus on airport-to-hotel shuttles and scenic flights but we are ready to challenge any customer request, much like on La Réunion.”

The fleet has doubled in seven years and the delivery of modern helicopters purposely designed for scenic flights was a transition very much appreciated by the customers. Mainly operating Ecureuil models, Corail Hélicoptères has selected the H130 for three major reasons: 1) an outstanding cabin visibility for sightseeing flights, 2) a very quiet noise signature, 8.5 dB below ICAO limits, a major eco-friendly perquisite in the National Park covering 65% of the island, and 3) a high reliability thanks to the latest state-of-the-art technologies incorporated in the machine design, such as the Fenestron and the new generation dual-channel FADEC system. “Adding to this, the helicopter can also accommodates six “real” passenger seats, offering more creature comfort compared with the supposed six seats in the legacy AS 350s. It has newer energy-absorbing seats, better-looking interior layout, etc… And the H130 T2 really comforted our choice with its built-in air conditioning system, a real plus in this tropical zone, and not only for our passengers! On top of that, the external load increase has considerably improved our sling work capability, enabling us of offer a wider range of missions to face our competitors still flying older AS 350 B3s.” And from the passengers’ point of view, feedbacks are very positive too. Besides its large windows offerings unequaled visibility to enjoy the island’s treasures, the H130 is a fantastic “jack-of-all-trade” aircraft, a true “Swiss knife” presenting a perfectly balanced combination of ergonomics, design and state-of-the-art technologies for the tourist market. “It must be the best mix of comfort, flexibility and safety available to fully enjoy the amazing sceneries of La Réunion.”

New additions to the fleet are the latest H120s, two being in service since September 2017 to broaden the company’s response to private demands on Mauritius and Saint-Martin. “This new rotorcraft is well suited to this charter market where we usually transport less than four passengers. Besides, the H120 must be the quietest rotorcraft in the Airbus range, which is a very interesting quality when you have to land near hotels on Mauritius. Lastly, the short distances of transfer flights are totally consistent with the performances of this model.”

Pilots also are quite happy with these new aircraft, they enjoy every minute of each flight, and not only because of the built-in AC in the H130 T2:”I have worked as an aircraft mechanics for more than a decade and I had the opportunity to travel around. I started to fly as a pilot when I settled at La Réunion, so I feel like starting my pilot’s life with dessert… There is always something special in a sightseeing flight making it unique. During charter flights also we try to discover extraordinary spots on the volcanic island! No matter how beautiful the scenery may be, this is a territory unfriendly for helicopters, but we always keep in mind that we are very lucky to fly over this exceptional landscape.”

Public transport regulations are continuously changing for rotorcrafts but this is not a concern at Corail Hélicoptères who operate latest generation single-engine helicopters: “Of course, we strictly abide to the regulations in force, so flying with single-engine aircraft is not a problem in La Réunion. Considering the current level of technologies, a mechanical issue is a very remote possibility and the pilot has become the weakest part of the machine. So we train harder for emergencies, which is a good thing in itself. But the new regulations are getting more and more complicated to adhere to… Real improvements are coming from the manufacturers and we sometimes have a hard time understanding what French or European laws really aim at. It feels like administrations don’t really care that they’re actually making things harder for businesses, and they don’t focus on passing useful legal improvements… I am fully confident with single-engine aircraft but I always keep in mind that I am the weakest part.”

With its four bases and ten helicopters, Corail Hélicoptères is a developing company about to take full advantage of its latest purchases to optimize its activity. The coming months will see its staffs focus on launching the first commercial season at Mauritius, while still performing the scenic flights over the fantastic scenery of the National Park in La Réunion. “Managing four stations on three islands will keep us very busy in the coming years! But maybe we’ll start working on new projects in the future. Our idea is to keep the company moving ahead.”

Not only was Corail Hélicoptères the first French customer to order H130s, it also became the launching customer of the Fleet Keeper maintenance application. This tool, validated by the French civil aviation authority DGAC, has been designed for web and mobile devices to replace all paper-based technical logbooks, providing pilots and mechanics a real-time access to flight logs and technical events. This enables them to up- and download flight data into a secured cloud accessible by laptops, tablets and/or PCs. Aimed at simplifying maintenance, this application is fully HCare-compatible for the whole range of Airbus rotorcrafts. Corail Hélicoptères is definitely a modern and dynamic company capable of fulfilling a wide range of missions, with helicopters perfectly tailored to match the market requirements for its four island bases.

*The authors want to thank CEO Fabrice Lourme and pilot Sébastien Diernaz for their wonderful welcome and the time they shared with us in the writing of this article. 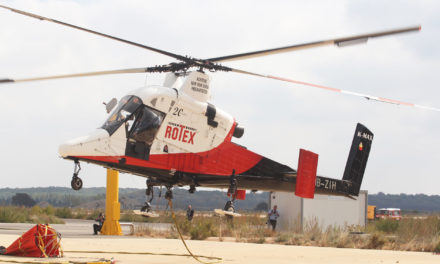